Celebrities and dignitaries including Smokey Robinson, Whoopi Goldberg and Stevie Wonder packed into Detroit's Greater Grace Temple on Friday for the funeral of Franklin, who died aged 76 earlier this month.

Mourners heard of Franklin's impact on music as well as her work as a prominent figure in the civil rights movement, a role that saw her funding groups as well as performing at rallies and benefit concerts.

Bill Clinton, who was president from 1993 until 2001, led the tributes to "the voice of a generation, maybe the voice of a century".

The singer performed at his inauguration in 1993 and he described himself and his wife, the former US secretary of state and presidential nominee Hillary Clinton, as groupies of Franklin.

"The secret of her greatness was she took this massive talent and this perfect culture that raised her and decided to be the composer of her own life song. What a song it turned out to be." 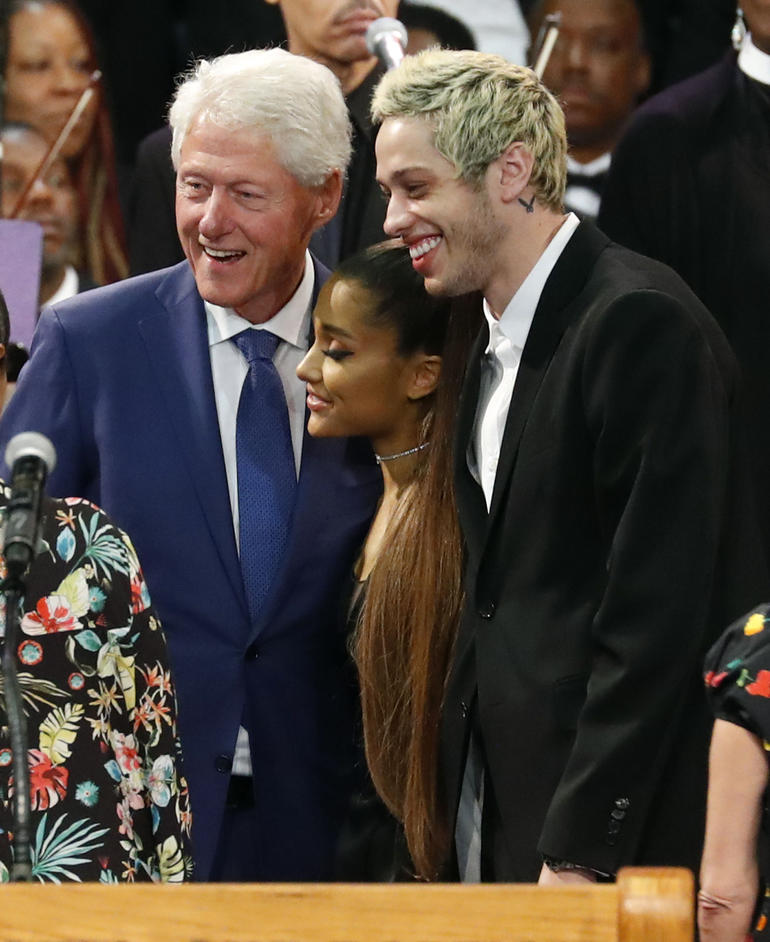 Mr Clinton recalled the last time he saw Franklin perform, at the Elton John Aids Foundation Gala in New York in November, praising her for hiding her illness from the audience.

He finished his tribute by playing Franklin's song Think from his mobile phone and into the microphone.

Two other former presidents, George W. Bush and Barack Obama, did not attend the ceremony but their tributes were read out to mourners.

Rev Sharpton said she was the "soundtrack" of the movement as well as a "feminist before feminism" and a "civil rights leader before it was acceptable to stand up".

Among those to perform during the ceremony was Ariana Grande, who was invited to perform after impressing Franklin's family with her tribute on Jimmy Fallon's The Tonight Show in the wake of the singer's death on August 16.

As Mr Clinton sat behind her smiling, Grande, 25, sang a powerful version of Franklin's 1967 hit (You Make Me Feel Like) a Natural Woman. 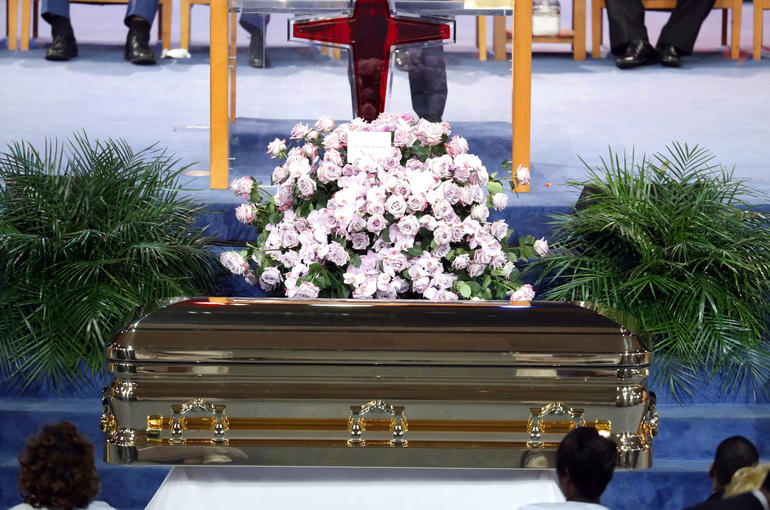 Members of her family took to the stage to pay their respects, with her granddaughter, Victorie Franklin, saying: "You felt every emotion in every note and watching her on stage, I knew that performing was something I was born to do.

"I love you grandma and I'm going to make you proud."

Franklin's body arrived several hours before the service was due to begin and mourners paid their final respects during an open coffin viewing. 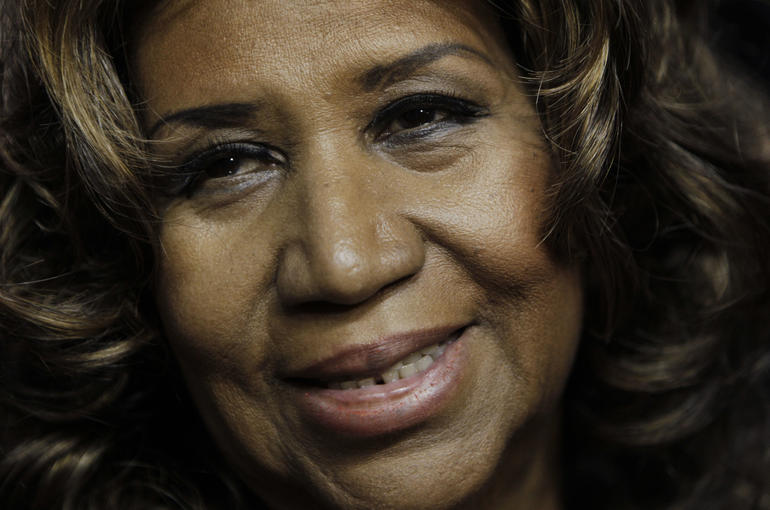 The Queen of Soul's final outfit was a sparkling full-length gold dress with sequined heels - the fourth outfit she had been dressed in during a week of events in the run up to her funeral.

Franklin's coffin has been carried this week by a 1940 Cadillac LaSalle hearse that also took her father, revered minister C.L. Franklin, and civil rights pioneer Rosa Parks, to their final resting places at Woodlawn Cemetery, where the singer will also be laid to rest.