In an exclusive radio interview with Premier, Most Revd Justin Welby said the story on the front page of The Sun stopped him from sleeping.

The Sun claims it found a Church job advertised at £6.50 an hour, which is well below the current living wage which is £7.85.

Last week in a letter to parishes and Anglicans the House of Bishops urged businesses to pay the living wage to help poorer people.

But the newspaper says a 'waiting on staff' job at Lichfield Cathedral would only pay £6.50 whilst a kiosk assistant at Canterbury Cathedral only offered £6.70 per hour.

The Church of England said each parish, diocese and cathedral is a separate legal entity and therefore made its own decisions on wages. 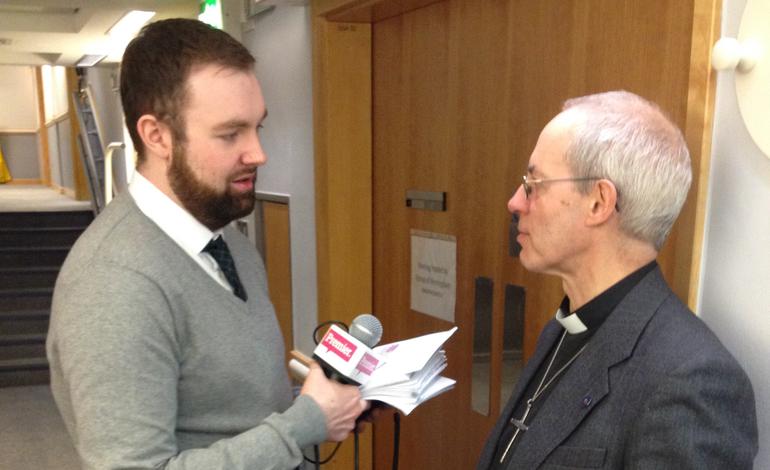 Asked by Premier's Antony Bushfield if he thought the Church had been hypocritical, Archbishop Justin replied: "I think, well, as I said in my speech, none of us get everything right the whole time.

"Yes it would be lovely if we were paying the living wage everywhere right away, but like Archbishop Sentamu said in his living wage commission, we've got to move towards it.

"Both the institutions mentioned by The Sun are moving towards living wage as quickly as they can.

"They are charities, they can't just magic money out of the air."

The Archbishop was speaking to Premier after he gave an address at a prayer breakfast in Birmingham for business and civic leaders.

During that speech he said people can make their own mind up on whether or not the Church has been hypocritical.

He told almost 500 people they had to have a 'moral vision' and not simply be about making money.

Most Revd Justin Welby also responded to criticism of the Church's pastoral letter outlining the issues Christians should consider before the vote in May's General Election.

The 50 page document was described as being biased towards the left wing parties by Conservative MP Nadine Dorries.

Archbishop Justin told Premier he hadn't spoken to the Prime Minister about it.

"The Church has a duty, without playing party politics, to speak into the moral climate.

"Many people have said that, a lot of the comment on the pastoral letter has said that's the right thing to do.

"A lot of Conservatives have written in saying they thought it was a really good letter.

"We're in an election campaign, people feel very strongly about these things, it's no point fusing about it."

He rejected accusations the Church should spend more time on bringing people back to services instead of getting involved in politics.

"It's all part of the same thing. Jesus taught us to love one another, love our neighbour, love our enemy. 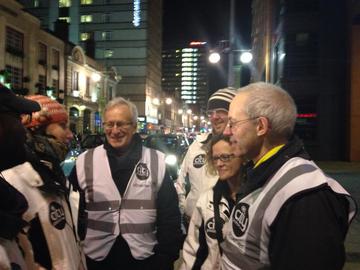 "We seek to make disciples, that's absolutely critical, but at the same time, one of the same ways we express the love of Christ, is loving those who have no intention of following Christ."

The archbishop also told Premier he wished he could get out to do more things among the public.

On Saturday night he went out with street pastors in Birmingham city centre and said it was something he'd like to do more of.

"It's just the most energising and refreshing thing to be involved in," he said.

"It just reminds me of what the Church is doing, it's getting your feet back on the ground and there's a real danger of this job that you get your feet off the ground.

"So it was really worthwhile and thoroughly enjoyable," he added.

Listen to Most Revd Justin Welby's full address to the prayer breakfast in Birmingham: