Dr John Sentamu said evidence suggests "many" families have had a "very negative" experience switching to the new benefit payment, adding the case for an overhaul has become "increasingly strong".

He wrote in the Yorkshire Post: "Many of our fellow citizens, already in a financially-fragile situation, have experienced increased hardship, desperation and hunger as they are switched over from the old system to the new.

"Jesus said: 'We are to love our neighbours as ourselves'. Would we like to be treated in such a way that makes debt and hardship practically inevitable?"

The centre piece of the Conservative government's welfare reforms, Universal Credit replaces six benefits - including child tax credit and income support. It is being implemented in phases across the UK.

The Christian charity Trussell Trust previously warned demand for its network of 420 foodbanks has risen much more rapidly in areas where Universal Credit has already been brought in.

Dr John continued: "The fact that communities are dreading the implementation of what is supposed to be a welfare policy, and feel the need to make such anxious preparations, should make us all think again. 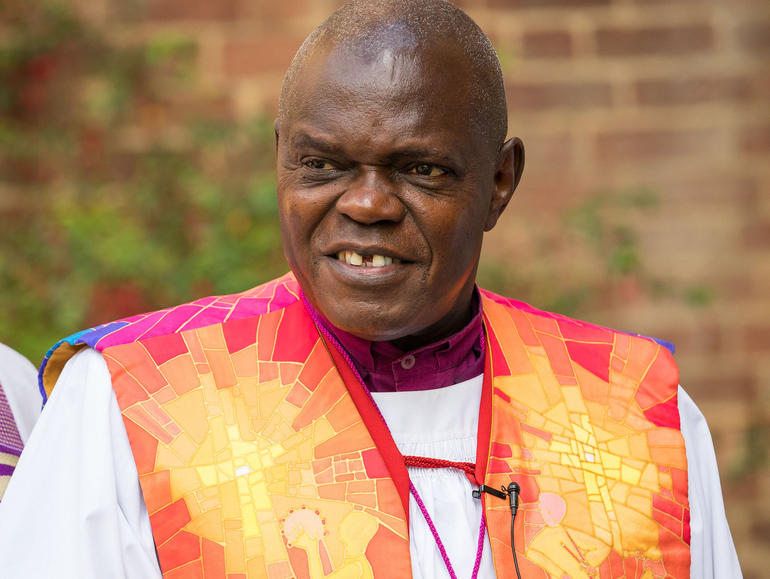 "This is not the way a just and compassionate society treats its poorest and most vulnerable."

Dr John said reducing the switchover waiting time from six weeks to five weeks and making the Universal Credit helpline free to call were "welcome moves" by the Government but "further change" is required.

He is widely considered the second most-senior figure in the Church of England after the Archbishop of Canterbury.

Earlier this month, Most Rev Justin Welby draw applause from the TUC Congress in Manchester when he told delegates the roll out of Universal Credit had left people worse off.

Archbishop Justin said: "It was supposed to make it simpler and more efficient. It has not done that. It has left too many people worse off, putting them at risk of hunger, debt, rent arrears and food banks."

The Anglican leader's intervention drew criticism from public figures, including the Conservative MP Ben Bradley who accused him of "parroting Labour policy".

Theresa May later brushed off Archbishop Justin's comments, saying "we will sometimes disagree on things".

A Department for Work and Pensions spokesperson said: "Universal Credit is working for the vast majority who claim it.

"We've already made significant improvements, such as 100 per cent advances which support people before their first payment, removing the seven waiting days, and two weeks' extra housing support for claimants moving onto Universal Credit.

"We continue to spend around £90 billion a year supporting people who need it, including those who are out of work or on a low income.

"Work is the best means of providing people with financial security, and with our welfare reforms people are moving into employment faster and staying there longer than under the old system.

"Rollout of Universal Credit full service remains on track and will complete in December 2018 as planned."