A memorial mass is taking place at the city's St Andrew's Cathedral this lunchtime for the six people who died and those affected.

Archbishop Philip Tartaglia also says he spent time with those who'd lost their loved ones, just hours after the crash on Monday.

Meanwhile, a 14-year-old girl left seriously ill after the Glasgow bin lorry crash is one of five patients still being treated in hospital.

The teenager's condition is said to be "serious but stable".

The accident, in which a refuse truck veered out of control, claimed the lives of six people and left a further 10 injured.

It's understood the driver has been released from hospital.

A fund for victims will also be opened for the public to make donations later; Glasgow City Council and the Scottish government have already pledged £60,000.

Police have now named all six of the victims. Three of the dead were a couple in their late 60s and their teenage granddaughter.

Jack Sweeney, 68, his wife, Lorraine, 69, and their granddaughter, Erin McQuade, 18, from Dumbarton, were reportedly thought to be Christmas shopping together when they were struck by the lorry as it careered through George Square before crashing into the Millennium hotel at around 2.30pm on Monday.

Stephanie Tait, a 29-year-old primary school teacher, from Riddrie, Glasgow, Gillian Ewing, 52, from Edinburgh, and Jacqueline Morton, 51, from Glasgow, were also killed in the accident.

The Anglican Bishop of Glasgow and Galloway, Rt Rev Dr Gregor Duncan, visited the scene of the incident on Tuesday.

Bishop Duncan said: "It's very hard for them to make sense of the actual event but I think what happens is that with help and time, how people respond to this is where they will find any meaning or significance for themselves or for the city in it.

"I saw myself some of the aftermath of this disaster, and I shall never forget what I saw.

"For those who actually saw it happen must be much worse. It just takes time.

"The Church has to continue to offer its worship to God, it's prayer, to make itself - its members - open to people in need, to prayer for them, to offer practical help and kindness where that can be done." 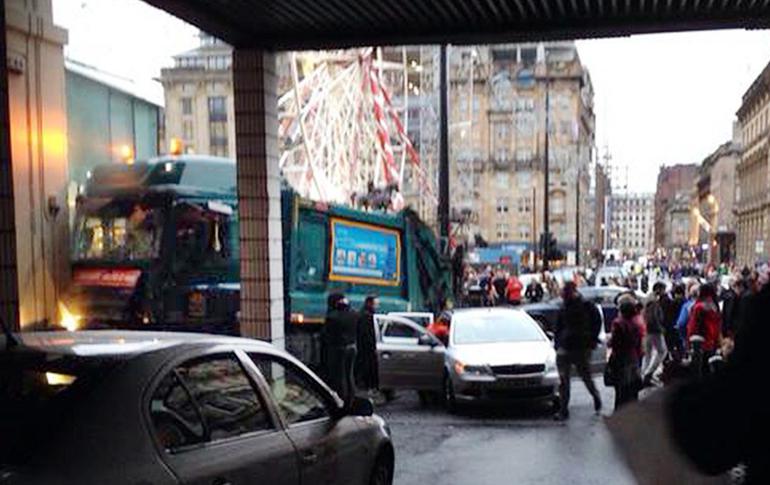 A special service was held at St George's Tron Parish Church, which is just a short walk away from the scene of the crash.

Revd Stuart Smith, moderator of Glasgow Presbytery of the Church of Scotland, said the circumstances of the crash were "more sudden and shocking than we could have imagined possible if it wasn't for the evidence right here in front of us".

The service, which was attended by First Minister Nicola Sturgeon and Glasgow City Council leader Gordon Matheson, started with the carol In The Bleak Midwinter.

Revd Smith said: "In just a few minutes yesterday afternoon a scene of celebration and festive lights in George Square turned to devastation and despair. A bleak midwinter and darkness indeed.

"Yet almost immediately first volunteers, passers-by and then our emergency services appeared on the scene, bringing compassion and skill and dedication and light into the darkness."

The crash had "affected us all and brought us all here together as one," he said.

"It has been well said that 'people make Glasgow' but yesterday Glasgow lost some of her people and others were terribly injured.

"Each death and each injury that took place yesterday afternoon is, of course, a personal tragedy. But it is also Glasgow who has lost her people and as a city we feel it and suffer together." 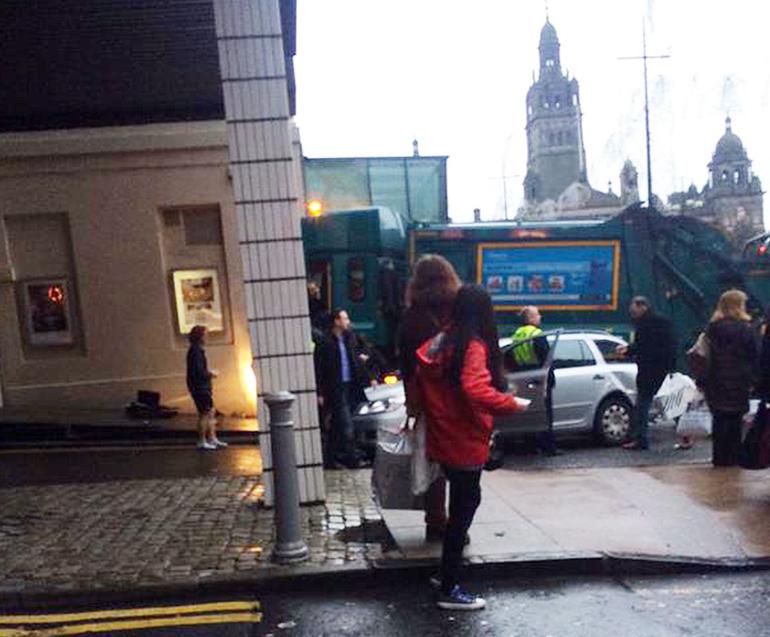 Revd Alastair Duncan, minister of St George's Tron Church of Scotland, led prayers for the victims and all those affected.

Glasgow had been left in "in sorrow and shock" and "in a place of brokenness and grief," he said.

He added: "We feel for the pain of others in the city because we understand something of the burden carried in the hearts by those who have lost loved ones, are concerned for those in hospital, for the emergency workers who have been at the front line in meeting human need.

"We come together conscious of the suddenness of tragedy and loss, even in a season that is intended to be of joy and goodwill and peace."

The church has opened a book of condolence.