One man who allegedly suffered harrowing physical abuse at the hands of a man he met at a Christian holiday camp says he has been denied closure following his death.

Andrew Moore accused the Archbishop of Canterbury, the Church of England and police of shortcomings in their handling of John Symth, who passed away on Saturday.

The 57-year-old told the Daily Telegraph newspaper he - and other alleged victims - had been denied justice and closure by action not being taken sooner.

He said: "I'm a generally very forgiving person, but Justin Welby was the Archbishop of Canterbury.

"Jesus would not have silently protected the abusers; he would have stood with the abused."

Most Rev Justin Welby knew Mr Smyth and attended some of the same holiday camps in Dorset during the 1970s.

They were run by the Iwerne Trust, of which Mr Smyth was once the chair before stepping down. It has since merged with another organisation, the Titus Trust.

It was alleged Mr Smyth beat youngsters, who he had met at the camps, at his home in Hampshire. Mr Smyth is the only staff member at the Iwerne Trust camps accused of abuse.

The allegations against Mr Smyth were not investigated by police until an investigation by Channel 4 last year.

Ten days ago, alleged victims were informed that Hampshire Police had been instructed to question Mr Smyth on UK soil, with a view to mounting a prosecution.

Police had not previously investigated Mr Smyth, saying there was not enough evidence. 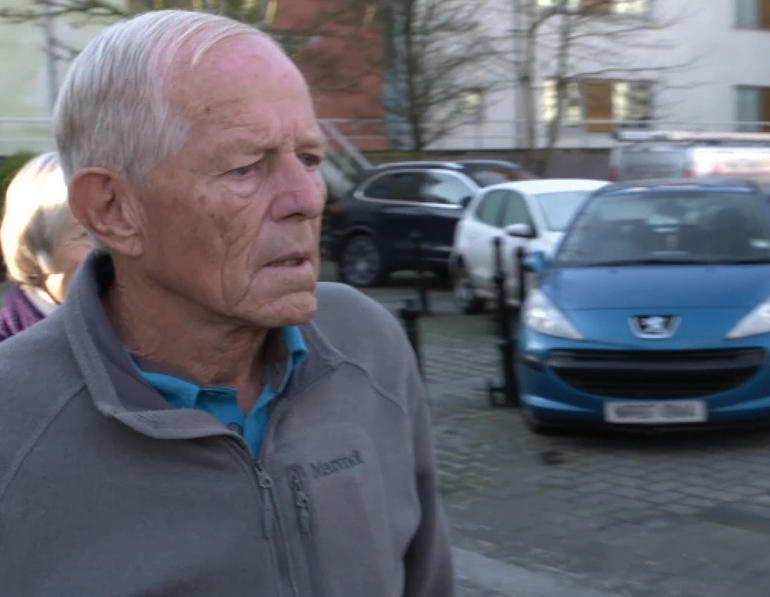 Officers had not been handed an Iwerne Trust report which concluded "horrific" abuse had been perpetrated by Mr Smyth.

The camps themselves have been described as the Sandhurst of Christianity, tasked with producing elite Christian leaders.

The Church of England's lead safeguarding bishop said news of John Smyth's death in Cape Town on Friday will be "very difficult" for his alleged victims.

Bishop of Bath and Wells, Rt Rev Peter Hancock said: "Reports of the death of John Smyth in South Africa will be very difficult for all those who have bravely come forward to share their experiences of his harrowing treatment, and all those who suffered, knowing that the police investigation will now not be able to be completed.

"The violent abuse of young men linked with the Iwerne Trust between 1978-82, should never have happened and we utterly condemn this behaviour and abuse of power and trust.

"It is important now that all those organisations linked with this case work together to look at a lessons learnt review, whilst continuing to offer both formal and informal support to those who have come forward as survivors."

The family of John Smyth said he died from a probable heart attack. He was 77.

Last year, Archbishop Justin offered an "unreserved and unequivocal" apology on behalf of the Church of England admitting it failed to report claims against Mr Smyth when they had first emerged.

A Church of England spokesperson said on Monday: "The Archbishop has stated that he knew nothing about the abuse at the time and when he learnt the full extent in 2017 he issued a personal apology to all the survivors and a full statement. Safeguarding has always been an absolute priority of his ministry.

"He has also gone on record about the information that came to Lambeth in 2013 from the Bishop of Ely - it fell within his diocese - that a survivor of Smyth had come forward. This was reported to Cambridgeshire Police, as well as the Church authorities, where Smyth was known to be worshipping in South Africa.

"These actions were checked with the National Safeguarding Adviser at the time, and an offer of support was made to the survivor.

"Our statement yesterday acknowledges how difficult the news of Smyth's death will be for the survivors and makes it clear that lessons must be learnt.

"Although the Iwerne Camps (now the Titus Trust) are not Church of England, we have offered support to anyone who has come forward (and a number have) and we are committed to offering continued support to them."