The 52 people killed in the 7/7 attacks in London are being remembered at a special service at St Paul's Cathedral.

Hundreds more were injured in the capital on 7th July 2005.

Bombs went off on the tube at Aldgate, Edgware Road and Russell Square and another on a double-decker bus at Tavistock Square.

The cathedral service will hear reflections from some of those involved in the immediate response to the attacks while the Bishop of London Richard Chartres will be joined by other faith leaders to commit to working together for peace.

Meanwhile, Prime Minister David Cameron will lay a wreath at the 7/7 memorial in Hyde Park where he'll be joined by Prince William and survivors of the attacks.

A minute's silence will be held at 11.30 where London's transport network will come to a stop. Play will also be delayed at the Wimbledon tennis championships.

The events of ten years ago shocked not just the UK, but the world.

Hundreds were involved in the immediate response with many churches offering practical and pastoral support to victims, families and emergency services.

Debbie Hodge from the Free Churches Group was in Tavistock Square at the time of the bus attack.
Speaking to Premier, she explained people had lots of different reactions. She said: "As the day went on, there was a woman who had been upstairs on the bus, and as it turned out she had broken her clavicle.

"But she was saying, 'but I had an argument with my daughter this morning, what would have happened if I hadn't have survived? I mustn't argue with my daughter, I am so lucky to be able to make things right.'"

She described the scene around her: "There was metal confetti falling, and you could see the bus was in pieces.

"We opened the office as a walk in centre, because people in the area - and it's a busy area, and people were confused, didn't know what to do."

She added that: "They are events that remind us that there are some things that are so important - peace, relationship building, understanding and developing some kind of cohesion that talks about reconciliation.

The Archbishop of Canterbury, Justin Welby, said: "Today, the survivors and families of the 7/7 London attacks continue the journey that those of Tunisia have just begun. Our hearts grieve with those who lost loved ones ten years ago, and with those so suddenly and cruelly bereaved less than a fortnight ago. We hold them all before God and our spirits call out to Christ to strengthen them.

"The perpetrators of the attacks in London sought to destroy and divide communities, and yet projects such as the Presence and Engagement Network and Near Neighbours, launched in the wake of 7/7, have shown the capacity of communities to come together as peacemakers –living together honestly and courageously, respecting each other's right to live and worship freely.

"As we face this deep and long-term menace, let us continue to affirm our solidarity with one another, finding strength in the God who conquered evil when Jesus rose from the dead."

Steve was awarded an MBE for bravery during the 7/7 attacks. 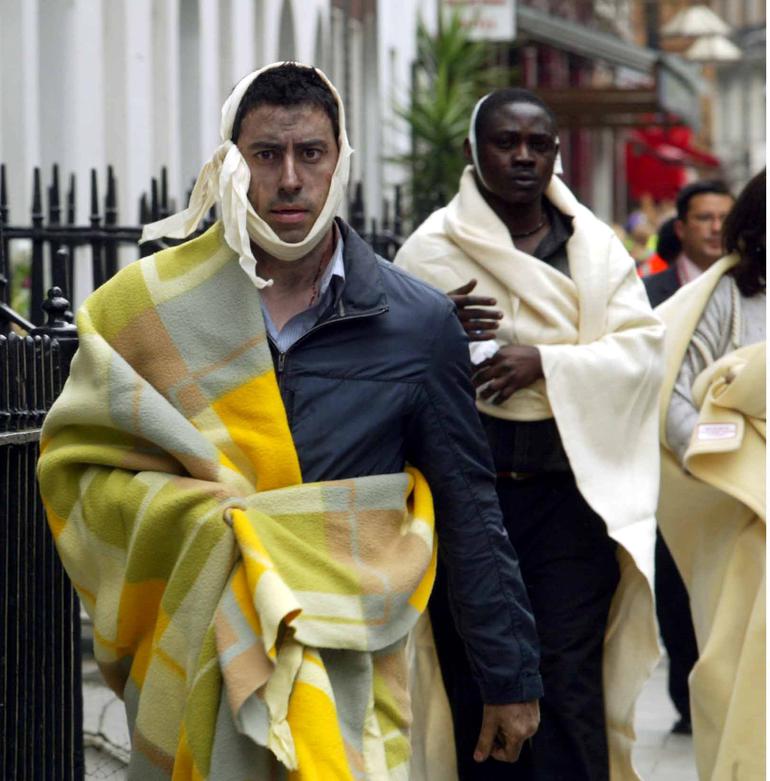